Once upon a time I worked in a school that did not have a counselor, which was a temporary situation. As you can imagine this school had some major challenges with wellbeing. I did not know this at the time. It was very early in my career and I was not surrounded by people who knew that either. In our school we were running the International Baccaulareate Diploma Programme, which is a very rigorous program by any metric. I was living in a Middle Eastern country and most of the students in the graduating class were from that local context. In fact there was only one student not from this country in the class. He was from somewhere in Latin America.
He was also one of the most intelligent students I have had the pleasure to work with. He was designing train systems in 10th grade, solving problems and being a great member of our future society. He had the potential to be a top student in any school. Until he didn’t… He did not experience an authentic sense of belonging in this school, and he had a very difficult time accessing belonging at this point in his life.
He became depressed. Not just a little depressed, but actually suicidal depressed. It appeared to me that he wanted to end his life. Now I have had some experience with this. I worked in inclusive education in the US and met quite a few depressed students who were slightly suicidal. But I had never quite experienced anything like this situation. Without a counselor, I was stuck. I didn’t quite know what to do.
The only thing I could do was tell his mother she had to stay in the school and help us monitor him throughout the day-basically putting him on suicide watch.
I, of course, was a nervous wreck each and every day I went to school. “Where is he?” I would ask. “Is he OK?” I would ponder. Indeed he was and he made it through the year. He graduated and received a diploma from the IB. Then he went back to Latin America to attend some university somewhere. Hopefully, he went on to be most successful.
This story is very embarrassing for me. It was very difficult for me to deal with this situation and it did spark something in me to create change later in my career. I became obsessed with psychology and the role it plays in change and growth in education. I became obsessed with helping students belong.
I call this young person Student X. I look at him now as the singularity, which changed my trajectory in education. I was never a person worried about mindfulness or wellbeing or belonging. These were simply not words that I grew up with, but now I’m grateful we can speak about them with intention and purpose.
I wonder what it would have been like for him if I could have understood him better. If I could give him the tree protocol. If I could help him connect with himself and others. Then I realize I’m looking at myself as a young man wondering the same thing. This is where my responsibility comes from. The passion to connect with the self and to teach others how to do the same grew from these experiences with Student X.
It was instructive here to think about helping students and teachers deal with stress. I found that life provided enough stress, and it could be helpful for many of us to think about providing programs, which de-stress students. The main cause of this student’s stress was not the considerable amounts of work found in the DP. It was because he did not feel a sense of belonging, which caused him to lose his sense of self efficacy. Our mandate is to build programs that help students like Student X feel as if they belong. A student that feels confident in who they are, is connected to the community, and feels comfortable being themselves is a student who can find success even in high stress situations.
So where does this start? Who’s responsibility is this? Let’s ponder the question together as we navigate our own seas of change. 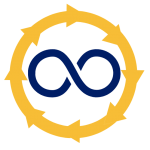